CARTOON NETWORK’S BELOVED BEARS STACK UP FOR THEIR GREATEST ADVENTURE WITH FIRST-EVER MOVIE
We Bare Bears: The Movie Premieres across Africa 29th November 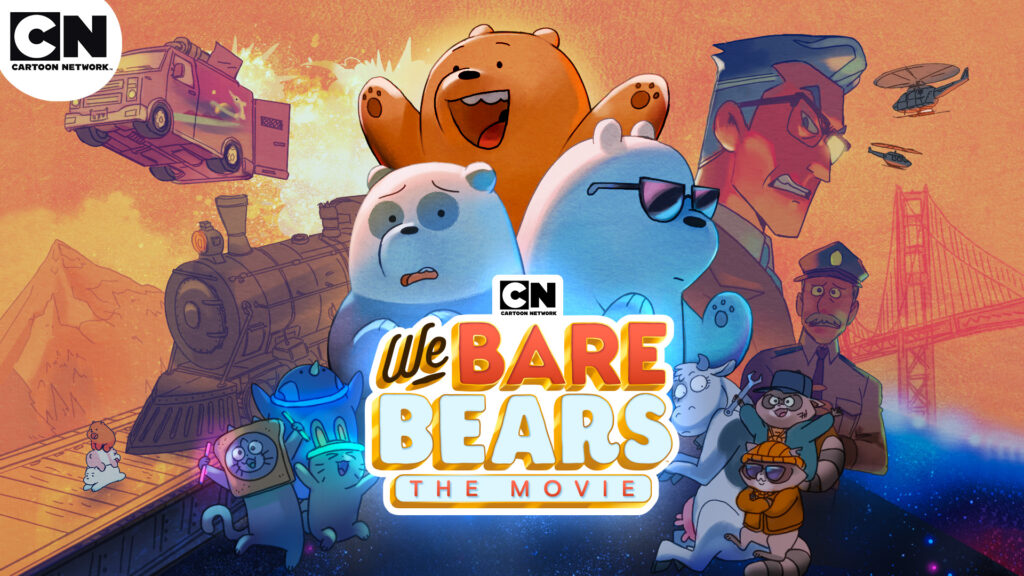 Click here to check out the trailer for We Bare Bears: The Movie

Cartoon Network’s beloved bears return big with their first TV movie, We Bare Bears: The Movie, launching on Sunday, 29 November at 16:05 CAT only on Cartoon Network Africa. Created by Annie Award-winner Daniel Chong, and produced by Cartoon Network Studios, the movie follows Grizz, Panda, and Ice Bear on their greatest adventure yet.

In We Bare Bears: The Movie, when the bears’ love of food trucks and viral videos gets out of hand, it catches the attention of the menacing Agent Trout from the National Wildlife Control, who pledges to restore the ‘natural order’ by separating them forever. Chased from their home, Grizz decides there’s only one thing they can do to find refuge – move to Canada!

The Bears embark on an epic road trip filled with new friends, dangerous obstacles, and massive parties. But most importantly, the perilous journey will force the bears to face how they first met and became brothers in order to keep their family bond from splitting apart.

Since its debut in 2015, the Emmy-nominated We Bare Bears has earned numerous awards, including a BAFTA Children’s Award, a Jury Award for Best TV Series at the Annecy International Animated Film Festival, and several Annie Awards.

Ahead of the movie premiere, the channel will unpack a fun road trip stunt starting on Saturday, 14 November at 16:05 CAT, bringing out themes present in the movie: 10 selected episodes which feature the Bears in different locations such as foreign countries, camping and more outdoor adventures!

Animation lovers and aspiring creatives across Africa can tune in to an exclusive interview with the award-winning creator of We Bare Bears, Daniel Chong, on Saturday, 7 November at 16:00 CAT. The interview is part of the 2020 virtual Nairobi Comic Convention (NAICCON), where Nick Wilson, Head of Projects & Content at African Animation Network, and other African animation professionals will be talking to Chong about his career, the future of We Bare Bears, advice for African animators, and Chong’s upcoming projects. Watch this exclusive interview here from Saturday, 7 November up until Friday, 13 November.

Catch We Bare Bears: The Movie on Sunday, 29 November @ 16:05 CAT where Grizz, Panda, and Ice Bear attract the Department of Wildlife Control’s attention and their world turns upside down as they stack up for their biggest adventure ever on Cartoon Network Africa, DStv channel 301, and GOtv channel 67 (Ghana 158 and Uganda 356)!