Past entrants from NAICCON include Salim Busuru. He presented his title at the 2018 Continental Finals at DISCOP Johannesburg. He summed up his experience; “The animation competition broadened my perspective on animation on the continent, it confirmed that I was on the right path in my pursuit of animation. Meeting the other participants and the mentorship from the judges as well as the organisers was invaluable. I believe it compensated a lot for my lack of formal training in animation and storytelling”. 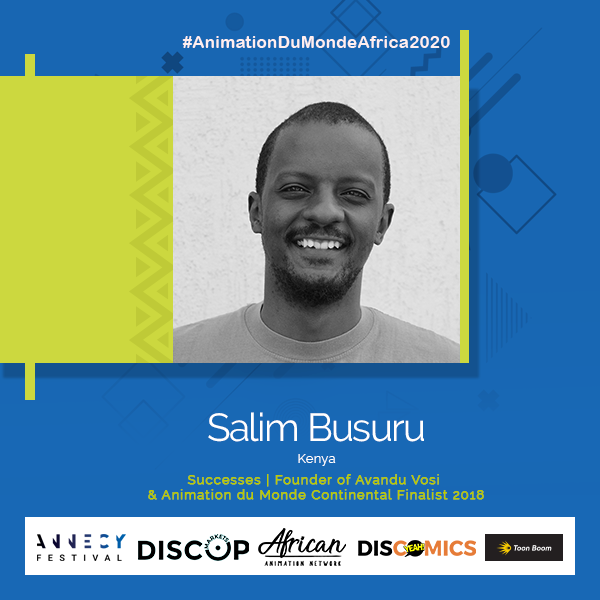 NAICCON takes place in one of the most vibrant cities in Africa. Nairobi, much like the rest of East Africa, has seen amazing growth over the last decade. This includes the foothold pop culture has been able to take in the region. This is in part due to the larger youth population and economic growth. The internet has also added fuel to the fire.

Access to the world’s library of knowledge has made it possible for people to teach themselves the skills they want. Over the three years of running the Pan-African Animation du Monde, the African Animation Network has seen this first hand. Many entrants are self-taught, growing their skills by consuming vast amounts of tutorials and sharing knowledge with each other.

NAICCON as a host encapsulates the heart of the innovative East African spirit. Artists from comics and animation will gather to showcase their creations. The Pan-African Animation du Monde preliminary round is also one of the few places where these creatives can network.

The region has in the past also been the home of some of Africa’s best animation ideas, an example of this at the very highest level is Naddya Adhiambo Oluoch-Olunya who won Animation du Monde at the global finals this year at Annecy with her project UZI.  With the world looking to the continent as a growth centre, East Africa is expected to play a big role in the growth of the animation industry on the continent.

This is another opportunity to enter Animation du Monde with 3 contestants going through to the Continental Finals at DISCOP Johannesburg in November. The announcement by Annecy Int. Animated Film Fest. & Market/MIFA that they will focus on Africa in 2020 is an opportunity for creators from the continent to showcase their content. So take the chance and enter HERE!