Over the past decade, the name Carl Jones (CEO of 245 Enterprises) has become synonymous with cutting edge animated TV comedy. He is best known for his work as Executive Producer and Head Writer of Black Dynamite: The Animated Series and Co-Executive Producer of Adult Swim’s The Boondocks, the first Cartoon Network program to win a Peabody Award and be nominated for a NAACP Image Award. Carl’s plethora of show credits include iconic titles such as The Last OG and Legends of Chamberlain Heights. Carl joins the MSHINI TV jury as Head Judge. 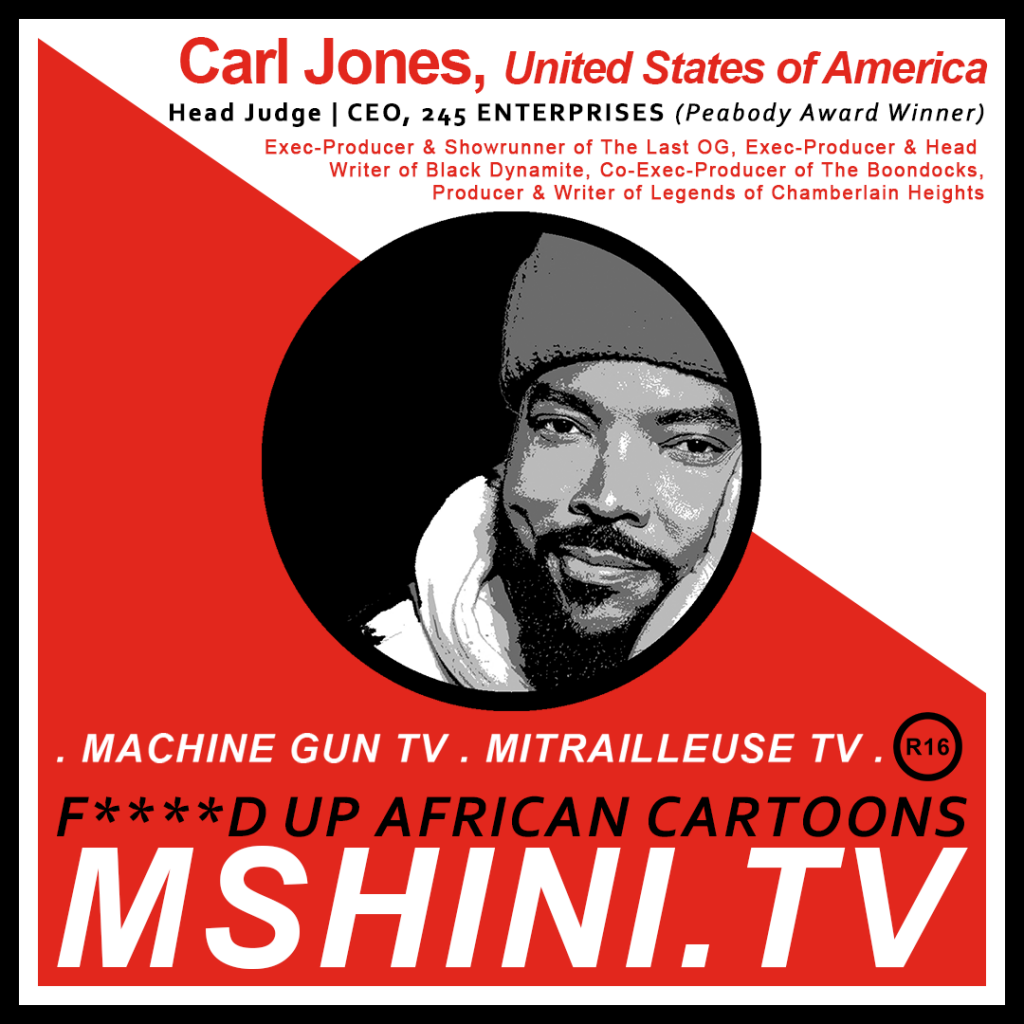 Mike de Seve, President of Baboon Animation, is an Emmy-nominated animation writer and director, working in both feature films and television. For more than 2 decades, Baboon Animation’s team has provided Emmy-winning (27 collectively) and Oscar-nominated writing, directing and development to the most successful animation studios and networks worldwide. As a director-writer at Dreamworks, Mike served as a sequence director and story consultant on Madagascar, and as a story consultant on several films including Shrek 2, Shrek The Third and Monsters vs Aliens. But, Mike is probably best known in adult animated comedy circles as the director of the full 7 seasons of the original Beavis & Butt-Head series, for which he earned that show its Emmy nomination; sequence writing/directing on the Beavis & Butt-Head feature film; and writing and/or directing multiple animated Sesame Street and Saturday Night Live segments. 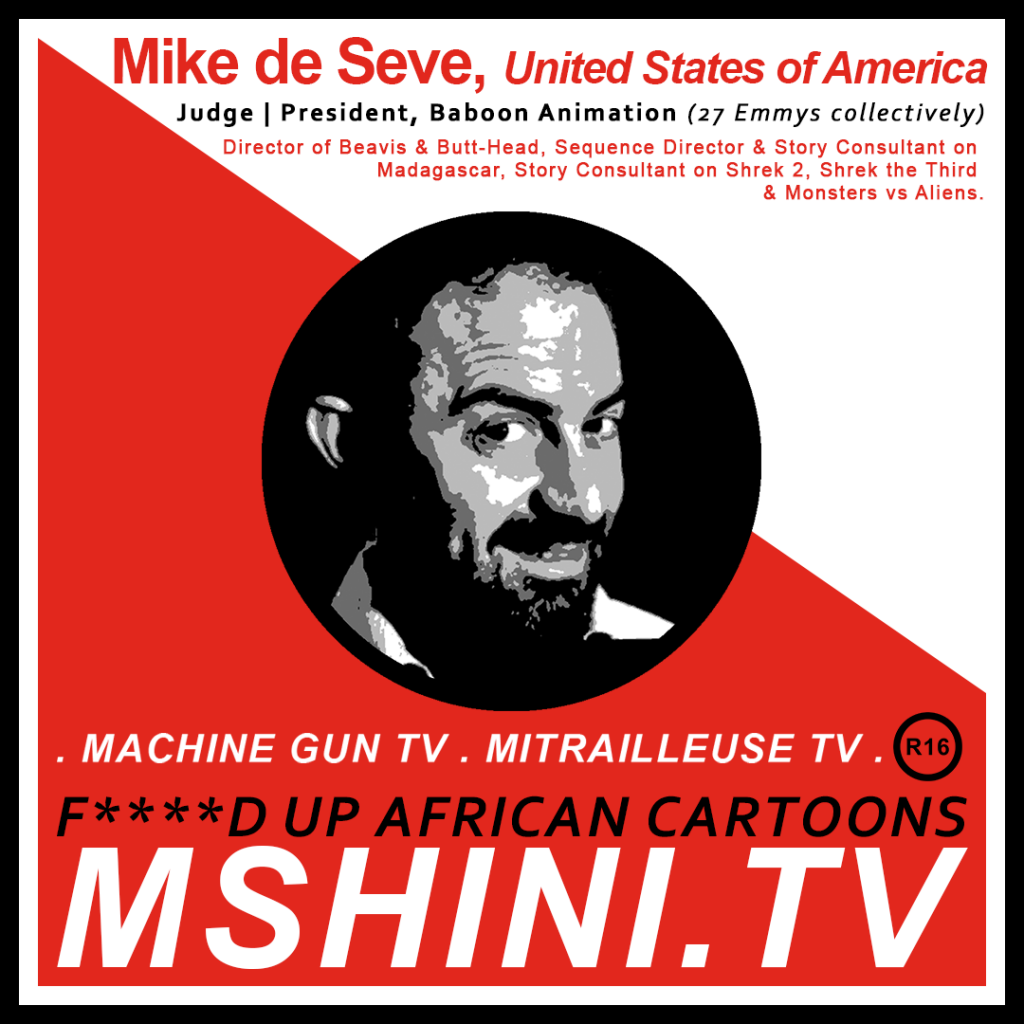 Comedian, motivational speaker and veteran on-air personality, “GRIFF” is co-host of Get Up! Mornings with Erica Campbell which reaches a listenership of 1 million people in 40 markets. An Emmy-nominated sportscaster, “GRIFF” is probably best known for his stand-up comedy however, with an impressive resume that includes; BET Comic View All Star (x 5), Martin Lawrence’s First Amendment and Bounce TV’s Off the Chain. But, one of “GRIFF’S”, proudest achievements is his regular tours to Africa where he was the 1st American to tape Comedy Central Africa and has done so thrice so far. 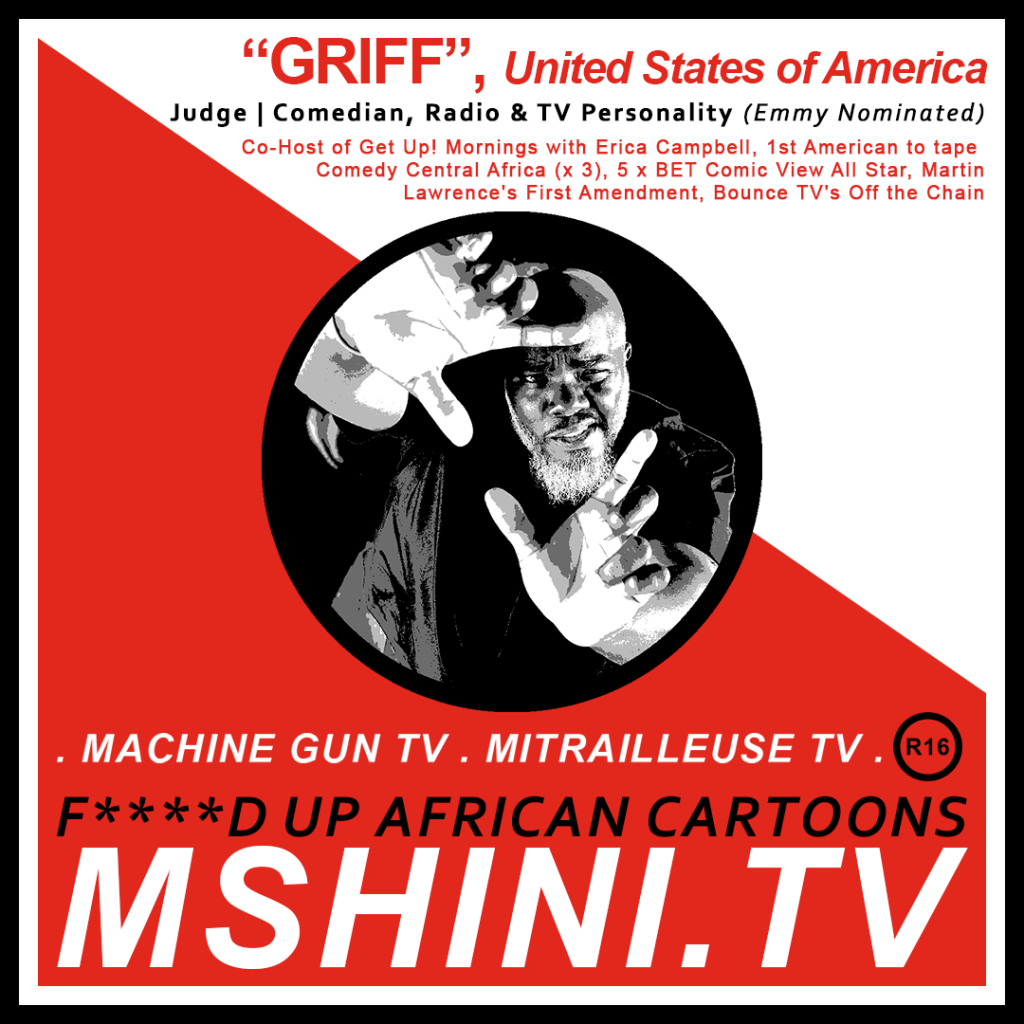 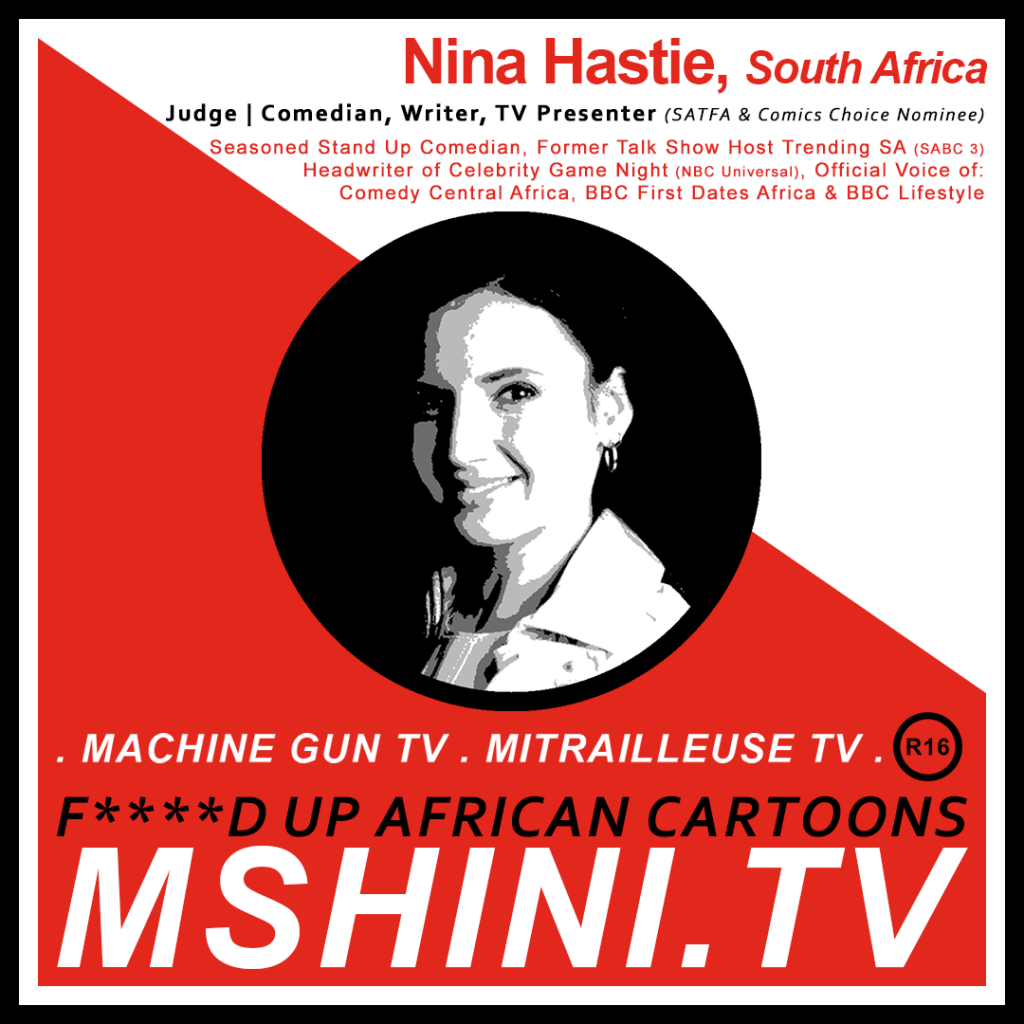 AAN has partnered with DISCOP Markets and Annecy Int. Animated Film Fest. & Market/MIFA (Annecy/MIFA) to present MSHINI TV.  MSHINI TV will make its European debut at Annecy/MIFA 2020 as part of the official festival program and the Africa 2020 Creative Season before screening at DISCOP Johannesburg 2020.  Creators can submit their content HERE.