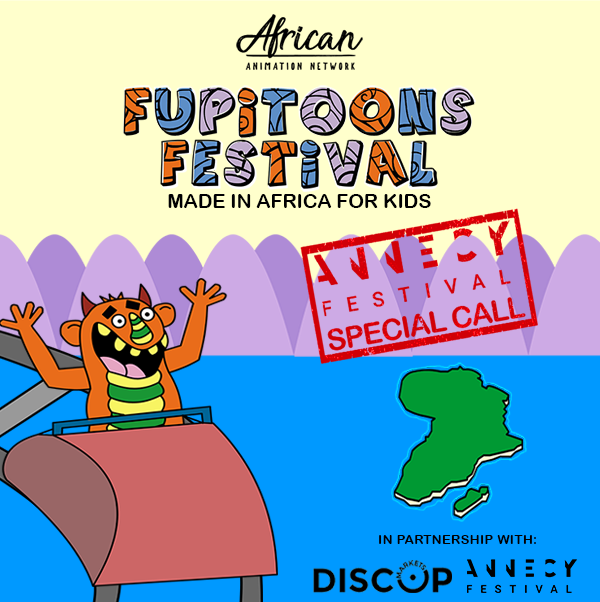 FUPiTOONS FESTiVAL is travelling to Annecy 2020! In recognition of this honour the partners are announcing a FUPiTOONS/Annecy 2020 Special Call, the entry deadline is 6 October 2019.

Please submit your projects HERE using the Submission Waiver Code: FUPIANNECY2020 (NB: this is only for African filmmakers).

Africa is the territory of honour at Annecy 2020 and is parallel to the Institut Français’ Africa 2020 Creative Season. This is an amazing opportunity to showcase the stories Africa has.

The regular deadline for submissions to FUPiTOONS 2019 ended on 22 September and according to Comfort Arthur, FUPiTOONS FESTiVAL Director; “We’ve already received an astonishing 700 submissions (a 180% increase year-on-year) but, with the festival travelling to Annecy 2020, we want to ensure that we showcase the widest diversity and highest quality of African animated content possible.  This left us with no alternative but to launch the FUPiTOONS/Annecy 2020 Special Call!”

Marcel Jean, Annecy Festival’s Artistic Director added; “FUPiTOONS will be part of an opportunity for festival-goers at Annecy to discover a still far too little known cinematography. Partnering with AAN and FUPiTOONS gives the fledgling festival an opportunity to build broader networks with creators and producers across Africa and develop larger audiences for African produced content across the continent.  In return, Annecy has an exciting addition to the 2020 festival program!“

Annecy, or more specifically its market– MIFA– has “not waited to work with Africa”, says Veronique Encrenaz Head of MIFA, “We had a focus on Africa in 2015. It brought the MIFA pitching competition to Africa. This led to us launching Animation du Monde and a series of preliminary rounds across 5 regions on the continent. Which has brought African talent to pitch on a global stage ever since. We want to show the world what we have seen coming from the continent.”

In 2017 the African Animation Network (AAN) launched FUPiTOONS, an animation short film festival “Made in Africa for Kids”. It takes short films from various creators across the continent and combines them to fit a feature length film runtime. The festival debuts alongside DISCOP Johannesburg each year before embarking on a continent-wide tour in the succeeding calendar year.  The festival has travelled across Africa (to 9 events in 2018 & +11 events in 2019) and featured during an African showcase at the 2018 Animage Festival in Brazil.

The pressure is on. With only a few weeks left before FUPiTOONS 2019 premieres at this year’s DISCOP Johannesburg, there isn’t much time left to get your project seen by Comfort Arthur, one of Africa’s most celebrated animation directors, and her team of judges. “It is my hope to use FUPiTOONS as a way to inspire those who see it. The great thing about making it a festival for children is that it reaches kids and their adults.” Comfort explained, “It’s about celebrating Africa in all its glory!”

“We are excited about FUPiTOONS being part of the official Annecy 2020 program.” says Nick Wilson, AAN’s Head of Projects & Content; “The quality of the entries have improved year-on-year. And, we see it as an opportunity to bring attention to Africa’s stories, and AAN as a potential partner to bring them to life.”

The opportunity to be part of Annecy’s Africa 2020 focus is HERE! (The entry deadline is 6 October 2019. Please use the Submission Waiver Code: FUPIANNECY2020, NB: this is only for African filmmakers). 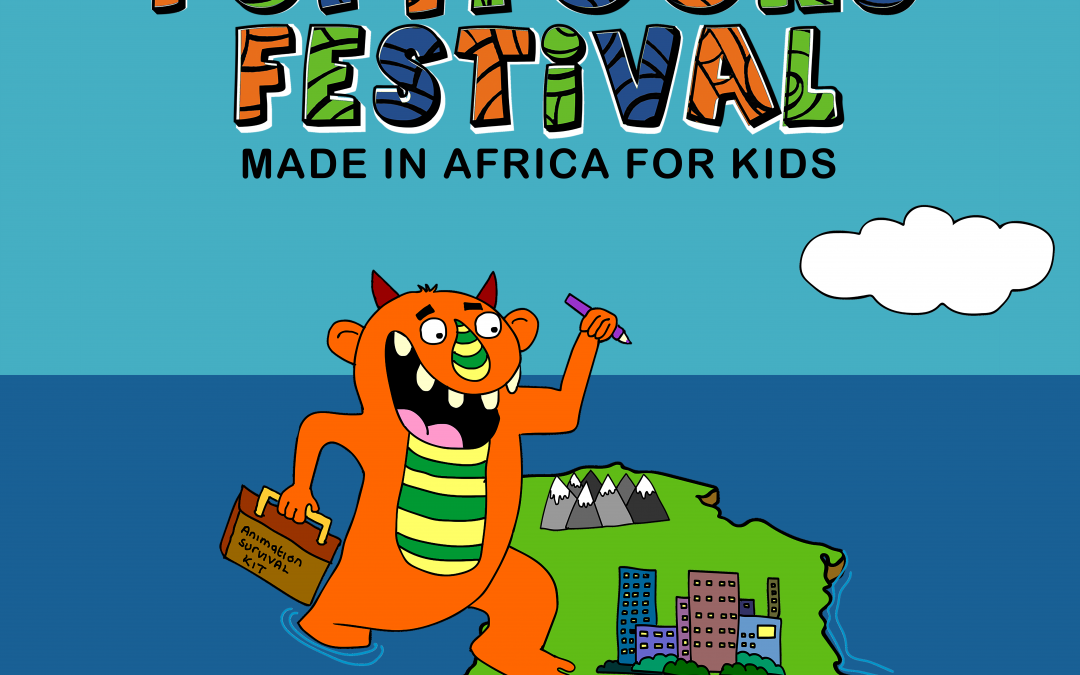 According to Nick Wilson, Head of Projects & Content at AAN; “The aim of FUPiTOONS FESTiVAL is twofold; firstly, we’re creating a platform for African animation to be celebrated and, secondly, we’re attempting to develop audience for African animated content across the continent.  We have strategically partnered with JFF to screen during their festival to reach a wider cinema going audience and furthermore, with JFF running parallel to DISCOP Markets, we’re targeting key decision makers in African broadcasting.  Thereafter, in 2019, FUPiTOONS FESTiVAL will tour across our partner footprint in Africa owing to the resounding success of the 2018 tour.”

“We’re excited to place a focus on animation at this year’s edition of JFF” continued, Tim Mangwedi, Producer of JFF.  “FUPiTOONS FESTiVAL is a great initiative and we’re looking forward to creating a platform for African animation within the wider narrative of a film festival“. 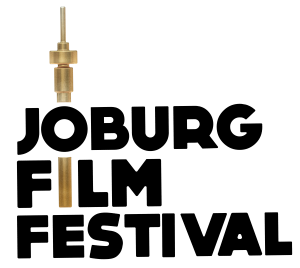 Award winning animation director and Festival Director of FUPiTOONS FESTiVAL, Comfort Arthur of Ghana, had the following to say; “Africa is rich in talent and creativity.  Unfortunately, owing to financial constraints, the bulk of African animation is short-form.  Thus, having a platform like FUPiTOONS FESTiVAL is invaluable for animators around the continent, to be celebrated and for their creations to reach audiences.”

FUPiTOONS FESTiVAL is looking for the best African animated short-form content aimed at audiences 2 to 12 years to be part of a 1 hour screening.  Closing date for submissions: 12th October, 2018. 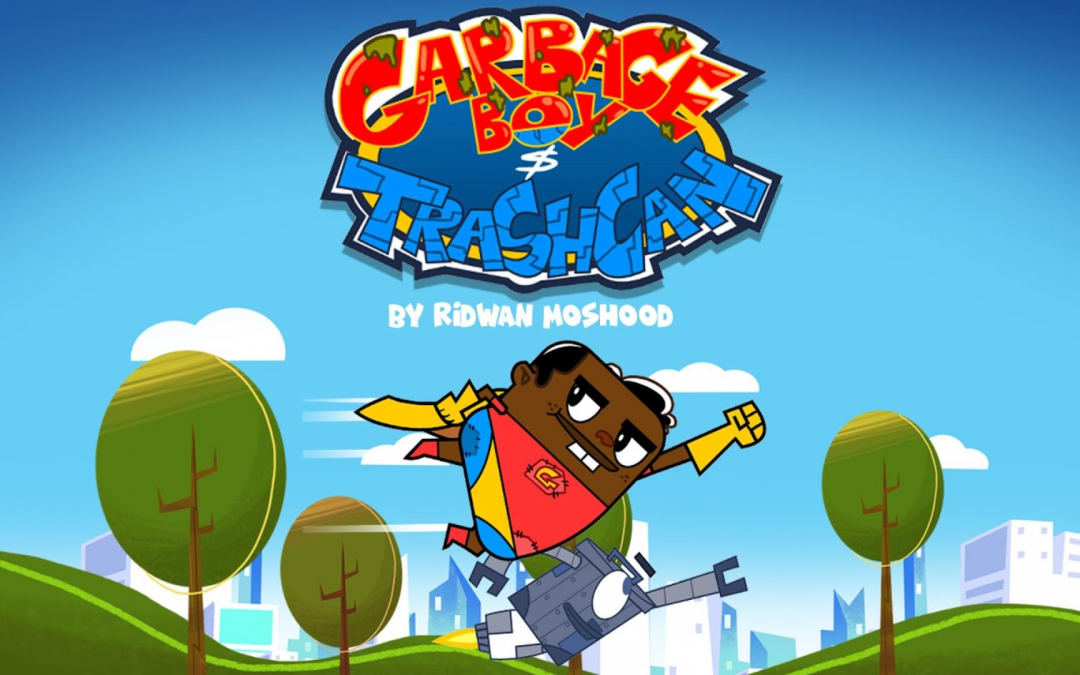 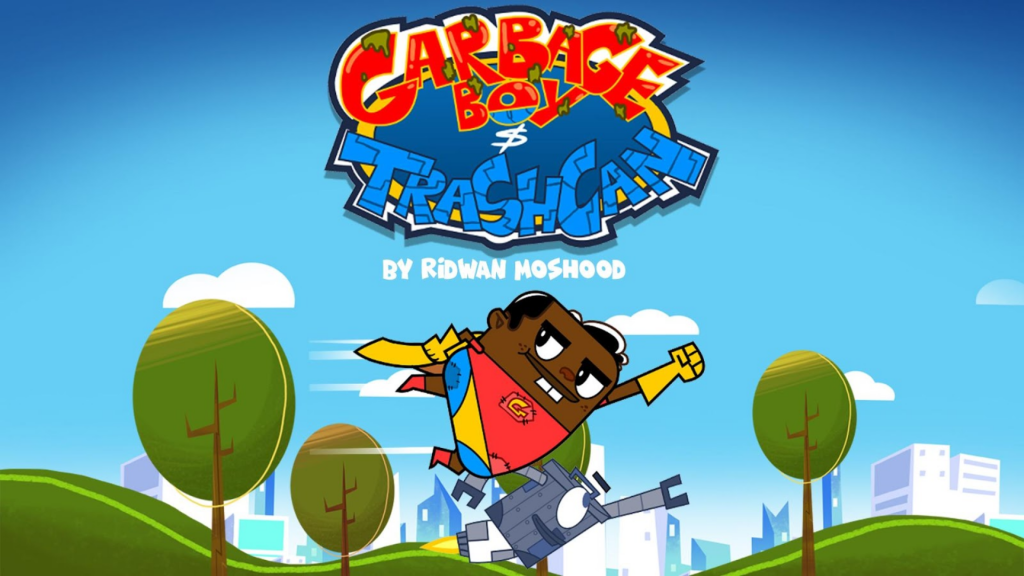 The shortlisted projects that competed at Lagos Comic Con (in no particular order) were:

After an extremely tight round of competition, the judges’ decision was unanimous and the 2 projects selected to compete in the continental final at DISCOMICS Joburg (in no particular order) are: 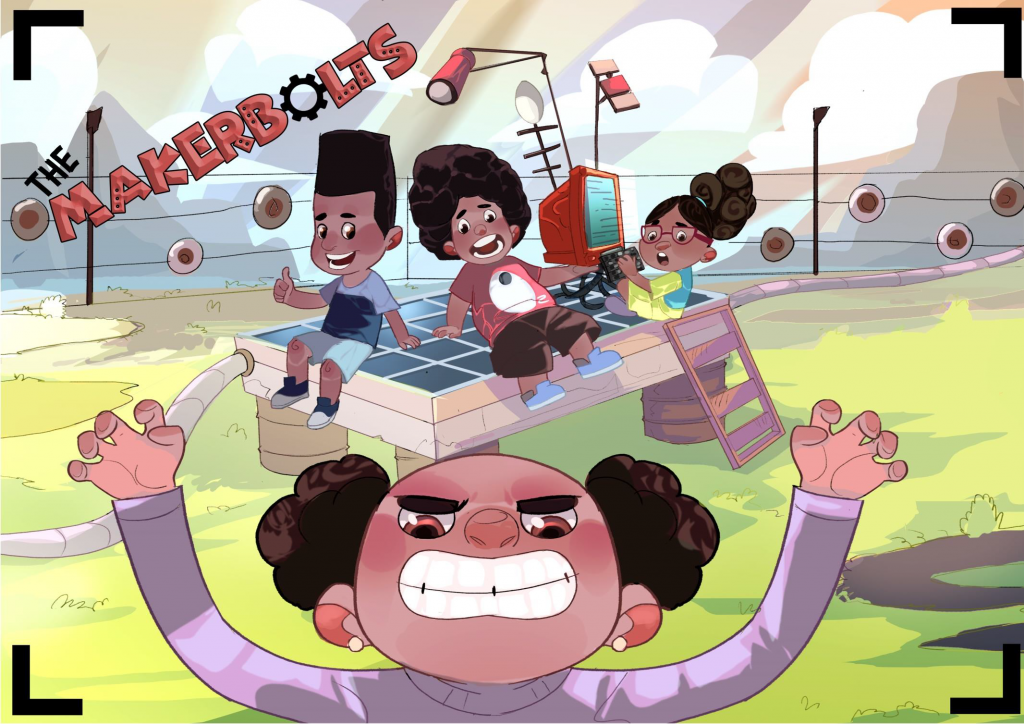 Lagos Comic Con is the largest pop culture event in West Africa and was the fifth of 5 events in Africa that hosted a regional round of the Annecy – MIFA Pitches Animation du Monde. An expanded footprint of events is made possible through a partnership with DISCOMICS. DISCOMICS is a new enterprise founded by DISCOP Markets and the African Animation Network in partnership with ICON Comic & Gaming Convention (ICON CGC), Lagos Comic Con (LCC) and Nairobi Comic Con (NAICCON).

2 projects were selected from each event and invited to attend the continental Grand Finale at DISCOMICS Joburg (14-16 November).

The final selection of projects from all 5 regional rounds of competition (in no particular order) are:

At the Grand Finale at DISCOMICS Joburg 2 projects will be selected to represent Africa and compete against their global counterparts at Annecy/MIFA 2019. A high percentage of projects that are pitched at Annecy/MIFA go on to secure finance and/or co-production partners. Ingrid Agbo’s L’arbre à Palimpseste, the project which represented Africa at Annecy/MIFA 2018, went on to close a pre-sale with Gulli Africa for a series.

Perhaps the biggest value for entrants who proceed to the Grand Finale at DISCOMICS Joburg is the Annecy MIFA – Animation du Monde – Skills Programme which includes pitching workshops, training sessions and one-on-one meetings with 3 industry experts selected by Annecy/MIFA ahead of the Grand Finale.

Click on the Image to Submit your project for Annecy – MIFA Pitches Animation du Monde @ DISCOP Abidjan brought to you in partnership with AAN, AIFA, ABCA & DISCOMICS

Annecy/MIFA has passed on the baton to AAN to coordinate the second edition of a Pan-African animation pitching competition under their Annecy – MIFA Pitches Animation du Monde umbrella with an expanded footprint through a partnership with DISCOMICS.

DISCOMICS is a new enterprise established by AAN and DISCOP Markets in partnership with the leading African animation associations and comic conventions in Africa.

According to Geraldine Bache, Head of Education and Projects, MIFA; “This expanded footprint is exciting because it allows us to reach unique animation talent from more territories and countries in Africa which ensures greater diversity and representation.  This embodies Animation du Monde’s core mandate of assisting in building talent in developing animation territories”.

The first round of competition will be hosted in partnership with AIFA and ABCA at DISCOP Abidjan (28-30 May, Radisson Blue Hotel).  The deadline for entries is 21 May with the finalists notified by 23 May.

Submissions can be made online HERE.

Said Abel Kouame, President of AIFA; “This is a fantastic initiative for us as an association as well as for all our members.  It is a privilege to be a host country of this prestigious competition for the second year in a row.”

Wilfrid Pare, Administrateur Culturel Conseiller en Communication of ABCA, continues;  “Annecy/MIFA is a brand that embodies the pinnacle of our craft of animation. For ABCA to partner with AAN and Annecy/MIFA and have the opportunity to be part of the number one animation festival in the world is truly an honour”.

According to Nick Wilson, Head of Projects at AAN and co-founder of DISCOMICS, “We’re exceptionally proud to continue our partnership with AIFA and ABCA.  Both associations are doing incredible work in the region to promote and build the animation sector. We’re looking forward to finding amazing talent in the region to represent Africa on the global stage”.

2 winners will be selected from DISCOP Abidjan to attend the continental final at DISCOP Joburg in November.  They will compete against finalists from 4 other regional competitions (ICON CGC, DISCOP Zanzibar, NAICCON and Lagos Comic Con) for the honour of being the top 2 projects from Africa to gain automatic entry in to the final of Animation du Monde at Annecy/MIFA 2019.